Gorgeous Girl. Now AKC Bronze Grand Champion going BOS to Best in Show at the Dallas Cocker Specialty July 2018. She also won a SPORTING Group 4 in Gonzales, La. June 2018. Special thanks to Mrs. Mary Alice Lemm for all she does for me and for showing her exclusively for her Grand Championship and Bronze AKC Medal. And for all who helped throughout her show career, including Troy Albert who picked her out at 8 weeks and helped get her going with first majors as a baby!! Also, his help with grooming of this beautiful girl! 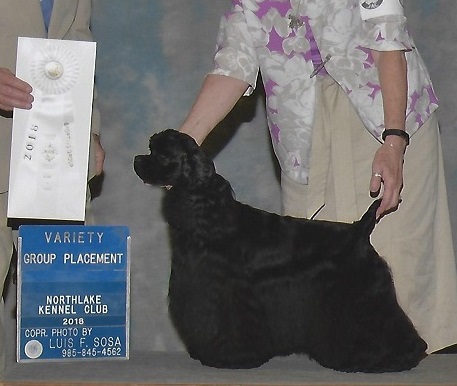 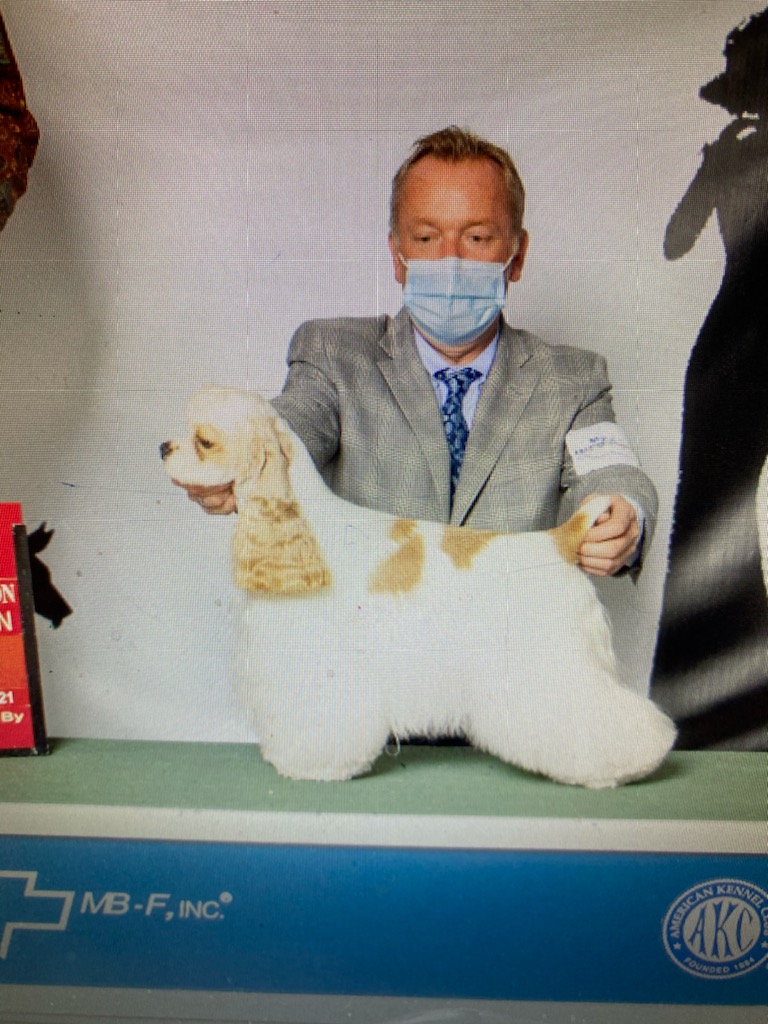 “Jovi” , Beautiful buff girl to carry on lineage of her sire and dam here at Acadias
Finished in puppy classes. 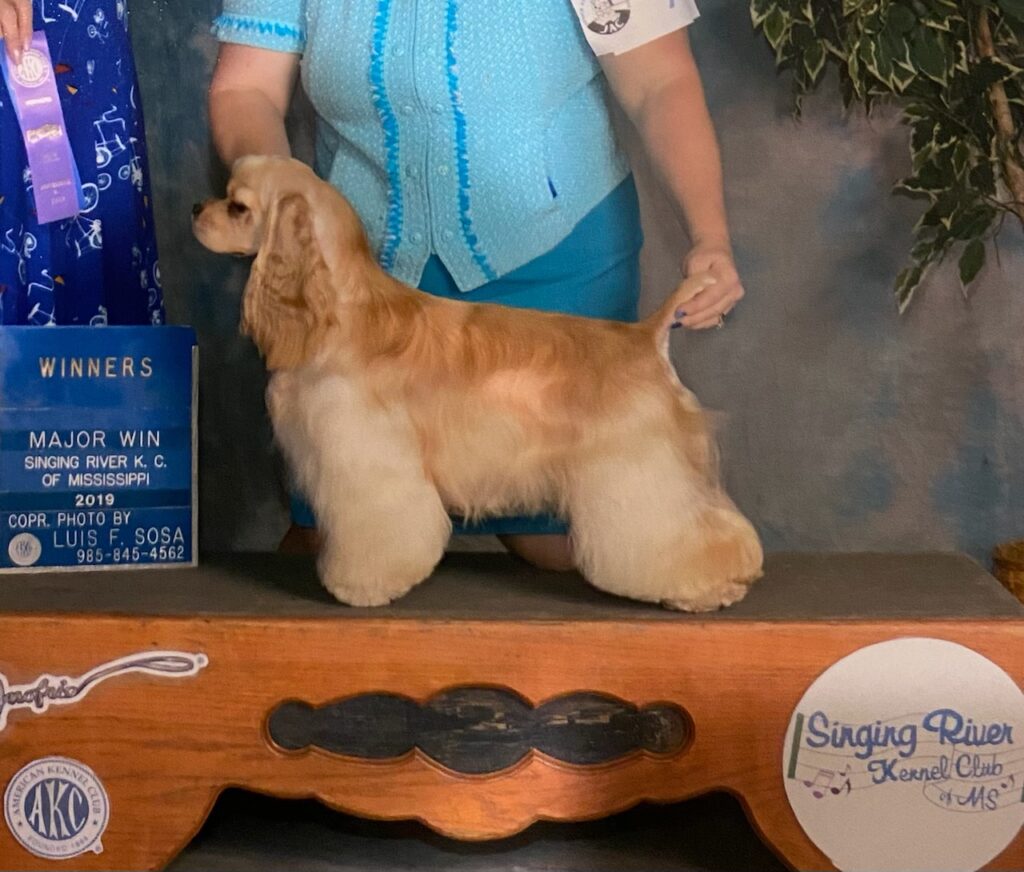 “Hazel”, is 4th generation of my original Parti -line with very limited Parti breedings. I pride this line for soundness,and health 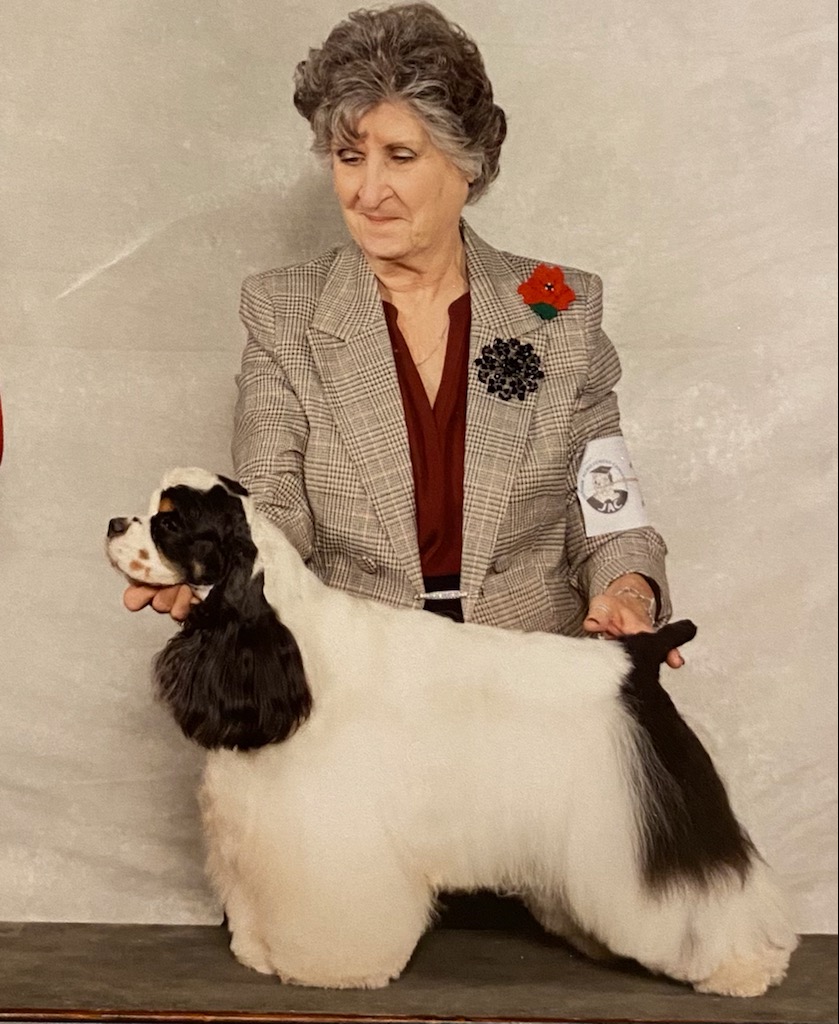 She is named for her personality , LOVELY girl 2014 Winners bitch Winter Nationals for a 5 point major to finish her championship 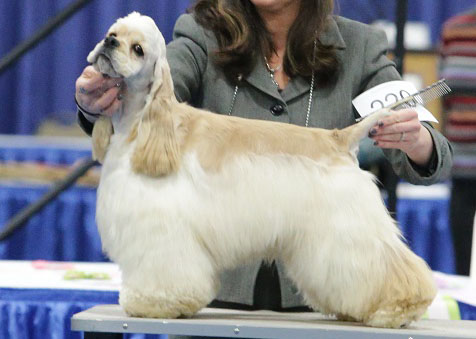 This beautiful girl will be an asset to our breeding program. Finished quicky with several people on the lead . She is a true show dog. 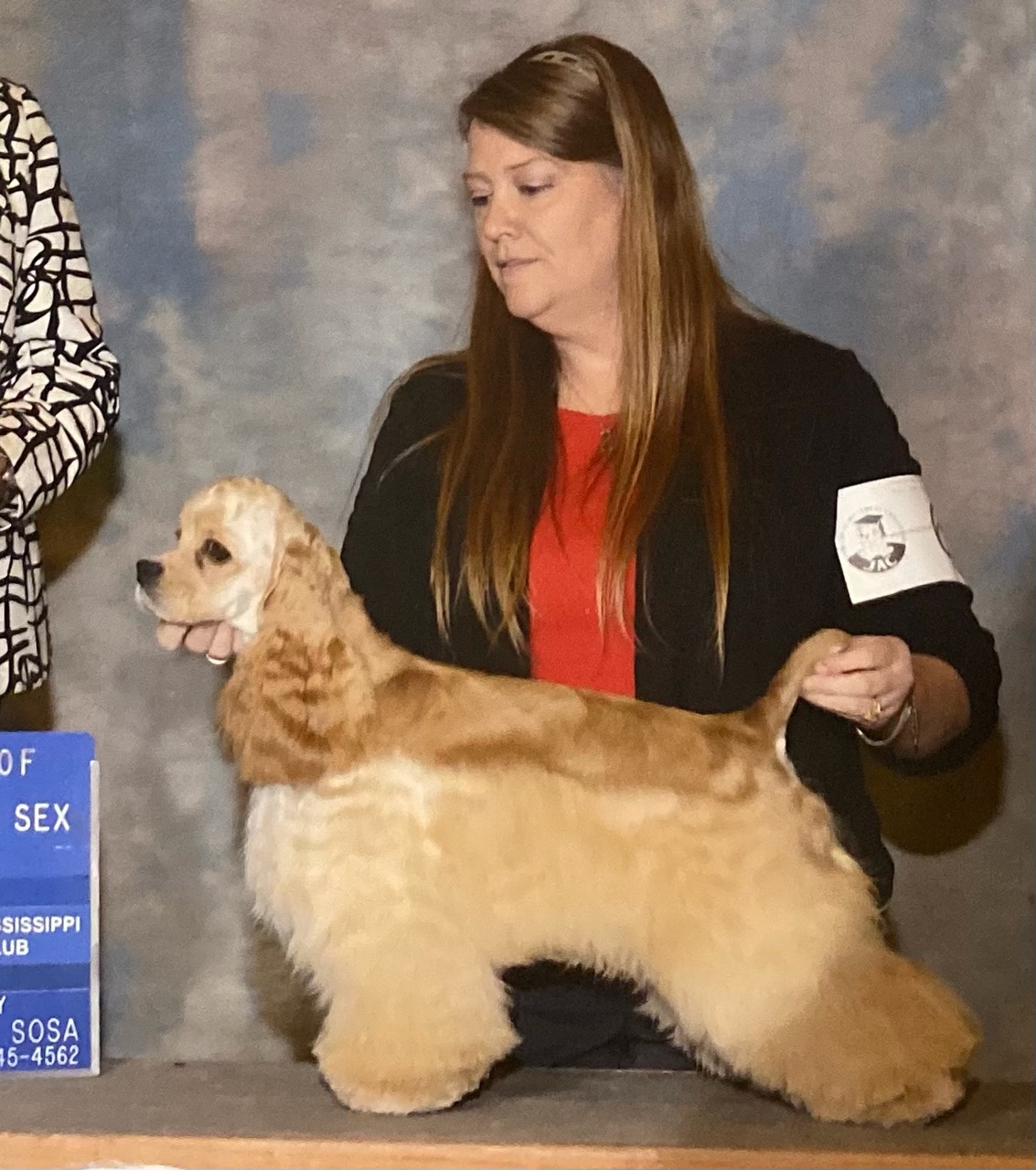 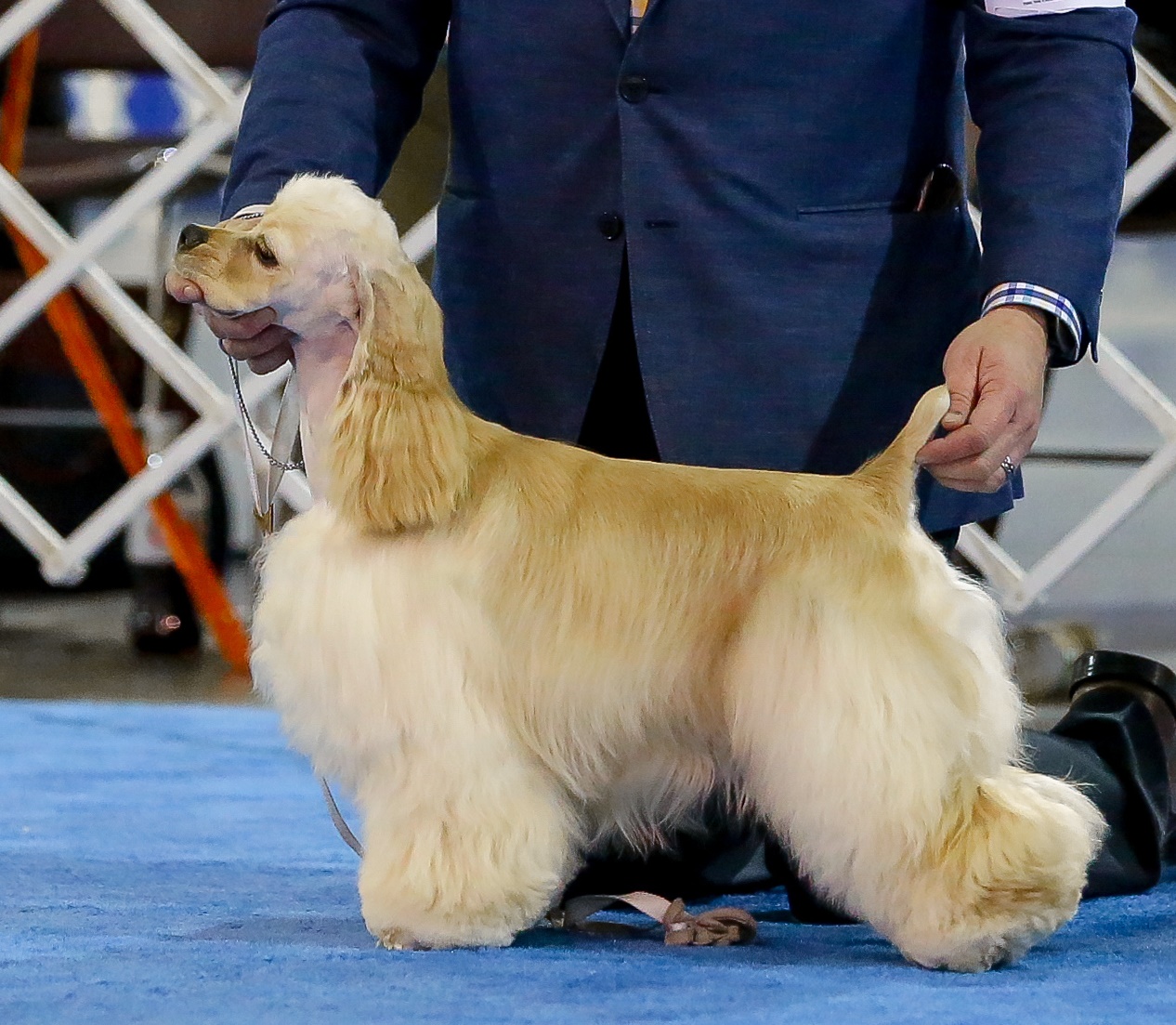 Gorgeous Silver girl finishing with ease in the puppy classes 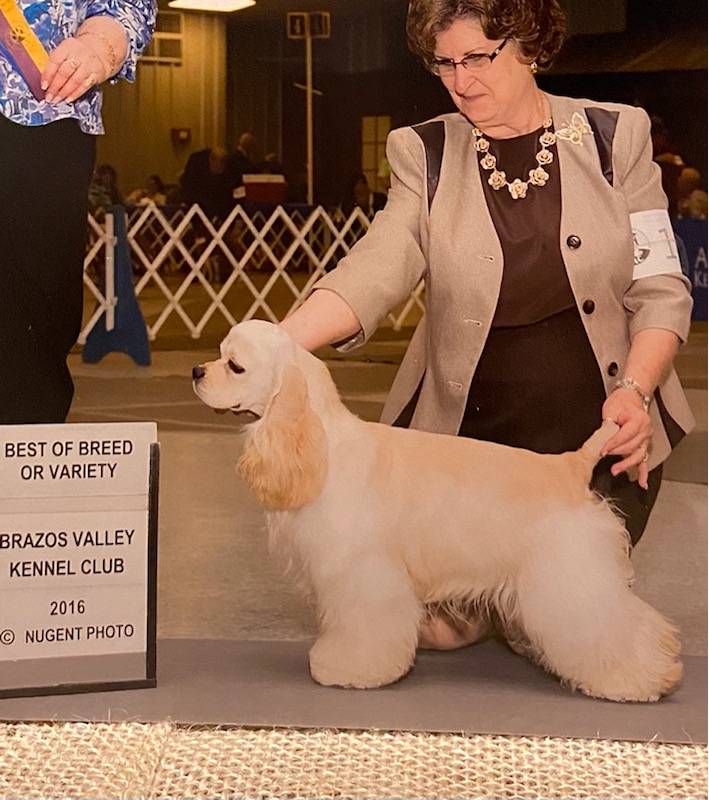 Beautiful Tori is sired by #1 ascob #1 sporting dog in 2017. She is Co-owned by My dear friend Mary Alice Lemm and myself. 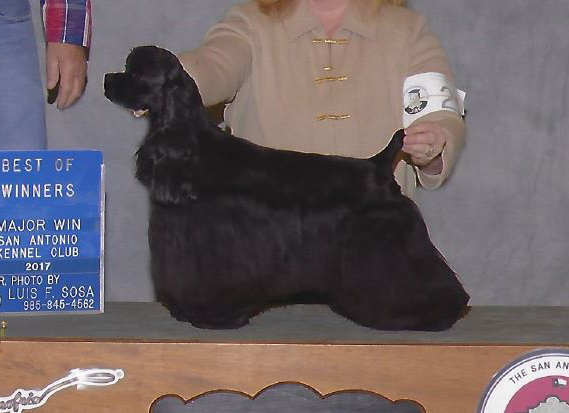 Earned her championship with 5 majors before she turned a year. And her first 5 point GCH Major before her 1 st birthday. Love this girl 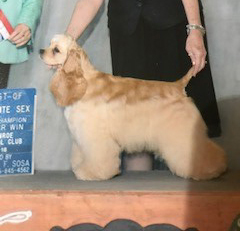 Ticket is co-owned with Jessica she went best bred By Ascob at Spaniel club Jan 2018. Lovely Brown girl. Thanks Jessica 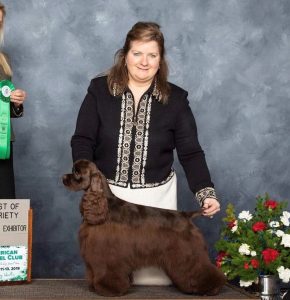 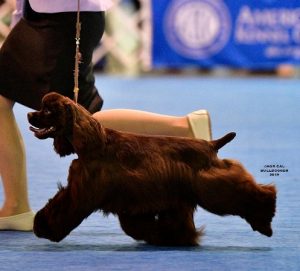